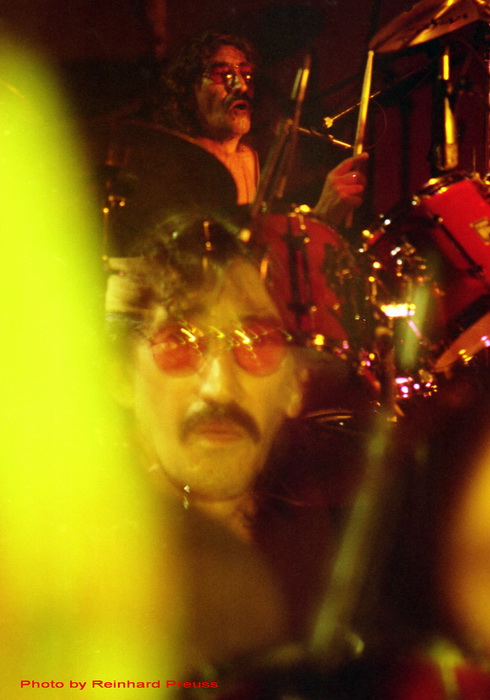 New in the sub-menu on the left: Cover Stories:

Jimmy can be heard on hundreds of recordings! It is not the intention here: to list every recording Jimmy can be heard on. An exhaustive and mostly accurate list can be found at www.united-mutations.com for anyone so interested. It is a handy reference we see no reason to duplicate on Jimmy’s website.

The recordings listed here are intended to be representative. Excluded are recordings where Jimmy’s contribution is incidental or minor, or where duplication occurs, such as where a 7” single draws songs from an LP album. Included recordings are either notable, in an historical sense, such as those with the Mothers of Invention; or are those where Jimmy plays a central or collaborative role; or are recordings released by Jimmy either on his own label (Inkanish Records) or other independent labels; or are those mentioned by Jimmy in his book.

The Music lists on the left:

FZ & MOI: Mothers of Inventions releases that feature Jimmy, between 1966 and 1982

Grandmothers: The original “tribute” band, the Grandmothers played the music of Frank Zappa, as well as having their own repertoire of songs, over a period of 20 years in the States and Europe

Jack & Jim: Jimmy’s legendary collaboration with eccentric and eclectic Eugene Chadbourne as “The Jack & Jim Show” which played all over Europe and the States

Collaborations: including the Muffin Men with whom Jimmy sang for more than a decade

Appearances: Other releases on which Jimmy features

[The information contained in the Lists comes from a number of sources and may contain inaccuracies - if you spot any, please let us know]